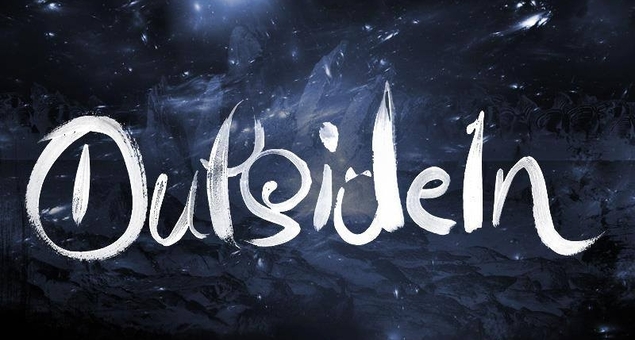 OutsideIn Festival happened last Saturday at The Factory Theatre in Marrickville. It happened with serious style. It was a boutique, hipster-but-not-actually-annoying day with incredible music, lovely weather and surprisingly small bathroom queues. Astral People and Yes Please brought us a really, really well-picked mix of producers and artists from all corners of the (mostly) underground music world. .

This is the second OutsideIn and it has quickly become one of my favourite festivals. I had to do my research when the lineup was announced, having only heard of a handful of acts, but everything I saw on the day was great. The sold out crowd was awesome, too. I didn’t see fights, police or medics. At one point, my bathroom-line-conversation was about iOS 7. Party on!

I really, really like how the festival was curated. Great diversity between acts in sound, genre, style. In theory, the huge shifts between electronic, pop, live music, hip hop, jazz and more shouldn’t work too well. It did though, so well.

For some reason the whole day was delayed between one and two hours. It didn’t really matter to anyone though, besides making it a tad trickier to figure out who was playing when. We weren’t in a rush!

The outdoor music is worth mentioning too. We often find ourselves only stopping between festival stages for drinks, smokes or food. The music between the stages isn’t always given much attention. Not so at OutsideIn. Every time we’d go outside, we’d end up staying there for a dance. The partying continued away from the stages, which really made a difference.

We caught Adelaide producer Oisima on the second stage, The Factory Floor.  We were instantly transported from a warm, sunny arvo to a dank, dark, laser-filled rave cave. It was awesome. His soul-hiphop-ambient electronica is interesting, unique and ever-changing. The sound in that stuffy room was pretty muffled, but it was good fun.

Elizabeth Rose has certainly upped the ante since I last saw her. No longer a one woman show, she had mixing help, allowing her to jump around the stage the whole time. Her electro-pop sounds are great to dance to. The break between songs seemed very long each time, but a really good set otherwise.

Undoubtedly, the highlight of the day (and one of the musical highlights in recent memory) was the Jonti and Rainbow Chan-led rendition of The Avalanches’ Since I Left You. I could watch that ten times over. I really, really hope someone recorded it. Setting up those ten musicians  on stage would’ve been a sound engineer’s nightmare. The crowd gathered and filled the entire room, pretty cool considering it was only halfway through the day. The entire time they were on stage, the 10 of them were having the time of their lives. Rainbow Chan KILLED it as frontwoman. Jonti had the biggest grin I have ever seen on anyone’s face. Honestly, I have never seen a group of people have this much fun on stage. There were violins, flutes, saxophones, guitars, a double bass and more. Add this to the 3000+ samples and the mountains of cables littered around the stage holding it all together. This is organised chaos to the extreme, and the crowd loved every second of it. This has to become a thing.

UK producers Snakehips played next. There was this huge mesh screen in front of the producers, onto which some cool, trippy visuals were projected. Quality mixing brought together soul, hip hop, deep, deep bass and glitchy space sounds . It was a great set.

Badbadnotgood were another highlight of the day. The Canadian jazz trio are first and foremost incredible musicians. Their experimental sound is so interesting, so different, so groovy . It was pretty funny watching people dance to the constantly changing time signature, eventually forming a huge circle pit formed in the middle of the crowd. It went OFF, more than I expected. The music kept building up and building up, the crowd was in a frenzy. Combine their ridiculous talent for amazing melodies and club-style hyping with namedrops including Tyler, the Creator, Hudson Mohawke and Gucci Mane, and you have a very fucking cool show.

Freddie Gibbs was up next. We’d had a whole day of hip hop sampling and producing, so when an actual rapper came out, the crowd loved it. He has this really captivating stage presence, and everyone loved it. It’s easy to see why there is so much momentum building behind him.

I didn’t stay for Hermitude. I was dead by then, I admit it. I have to say, it seemed a little funny when they were announced as replacement for the last-minute Knxwledge drop out. They’re like, a group that people have heard of, like in the mainstream! But as much as I love them, I saw – and adored – them at FBi’s 10th birthday two weeks ago, so I didn’t mind skipping it.

There is very little that I didn’t like about OutsideIn. The outstanding music and wicked vibe has easily made it one of my favourite festivals. Bring on 2014!