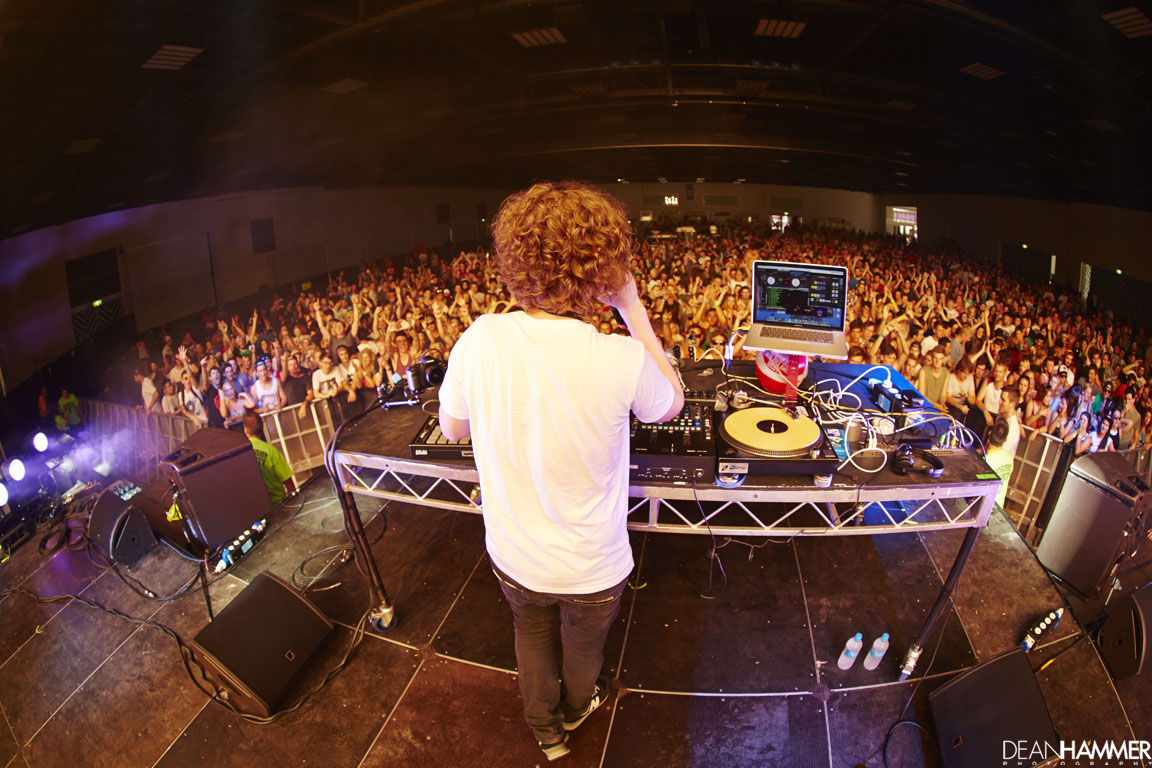 Brisbane based audiovisual DJ ‘Sampology’ played on Friday night at Coniston Lane and was nothing short of amazing. His live show comprised of a myriad of unique visuals projected behind him, which really set his show apart. Having worked with Chris Lilley and The Wiggles, he has a very eclectic range of music sources and styles. Currently doing his Stimulation Australasian Tour, I would strongly recommend his show to anyone wanting to check out something a little bit different.

Using a mix of funky dubstep tracks mixed with all sorts of samples, I challenge anyone not to have a good old boogie and loose themselves to his music. His visuals were bang on, with a mix of different pieces from all over, going from that classic scene from ‘Ghost’ to Ryan Gosling superimposed over a hypnotic background, to Eddie Murphy screaming at himself all within a space of a few seconds. This continued for an hour. I had a brief chat with him at the end of his set and he claims that it’s all done without the use of drugs. If so, I’m in awe of his creativity and style.

Every now and then the background projector would change to a live feed facing him and his DJ equipment to illustrate what he was doing with his gear. Very impressive stuff. His music was great, funky and truly showcased his talent, however it was the visuals that took it to that nek level, unlike anything I’ve seen before.