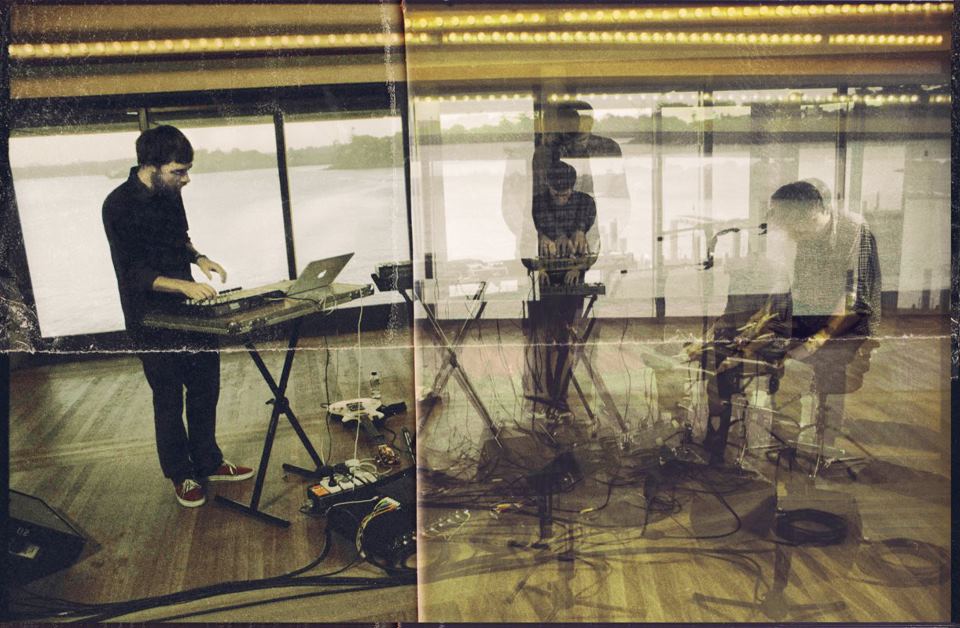 Sydney mind-melters Seekae stepped into Oh Hello on Thursday to treat the capacity crowd to some killer tunes, both old and new. Having embarked on an Australian tour in the last couple of weeks, Seekae delivered their first new material in two years in the form of the single “Another”, and peppered a few other newies through their set of favourites.

Kicking off with the aforementioned “Another”, Seekae set an almost eerie atmosphere and drew the crowd toward the stage like a musical tractor beam. It appears that with this new material Seekae have moved onto a more vocal path, and singer Alex Cameron doesn’t disappoint with his haunting voice.

They then took a step back to their acclaimed album +Dome, playing 8-bit tracks “Two” and “Gnor” which slowly built up into crowd favourite “Blood Bank”, which inspired a few of the mostly stationary onlookers to bust a few moves. One such saviour was a bodacious crowd member up the front, absolutely loving every minute of it, and cutting shapes the likes of which have never been seen before.

The atmosphere was then evolved once again through “+Dome”, evoking an ethereal trip-out for the fixated spectators. Seekae then heaped on the new songs, playing three; “Stars Below”, “Test and Recognise” and “The Worry”; split up by the classic “Void”. All three  incorporated the vocals of Alex Cameron, which indicates a definite change in direction for the three-piece. I was pleasantly surprised by these new tracks, but it just felt like I was listening to a completely different band. The trio are obviously evolving their sound and that’s a great thing, and the new songs were all quality tunes; “The Worry” was a definite highlight; just not what I expected from them.

Next came “3” another well-known crowd pleaser, which they killed, but then came the final track, little-known “Centaur” from The Sound of Tress Falling on People, which they put absolutely everything into, and left jaws dropped in awe. They launched into it and turned it from a good song, into a great song, into an absolute banger, cementing their place in my mind as one of the best Australian live acts I’ve seen in recent years. If you ever get a chance to go see these guys, take it.