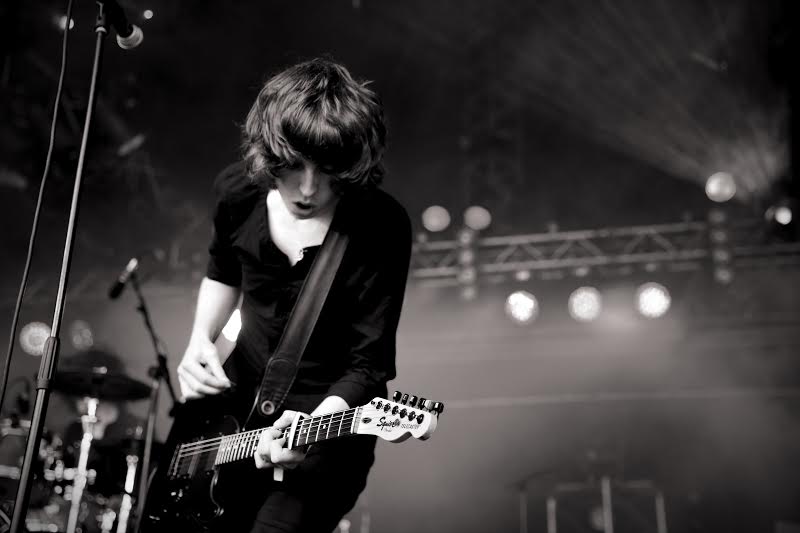 Two years ago I was sat in large tent somewhere in Dorset as Catfish and the Bottlemen came onto stage at the End of the Road Festival to entertain a small crowd.

There was an air of mild interest as the four boys walked onto stage. Van McCann said his usual (and sometimes unusual) hellos to the audience.

After their set was almost through, the tent was full, people craning their necks around tent poles, on their tip toes, and spilling beer to reach the front. It was clear to me then and there that these boys would be huge.

Here they are two years down the line and with international tours, countless festival appearances, and a spring 2015 tour lined up, Catfish and the Bottlemen are ready and well on their way to the top.

This was the Bristol leg of their headline UK tour, aboard the floating boat venue, the Thekla.

From that first gig I witnessed, it was clear that the boys had a very good sense of humour, and they were at it again tonight, strolling onto stage to the Pirates of the Caribbean theme tune. Nice.

With that, the boys powered into the tracks from their recently released album, The Balcony. Guitar parts sounded huge, Van’s voice sounded fuller than ever. Each one of their tracks sounded bigger and better than on the actual record. They’ve been perfecting this for a while and now and it really is paying off.

Since the release of The Balcony, fans have had time to absorb McCann’s lyrics, and like a choir, the Bristol audience outsang the PA on several occasions.

‘Pacifier’, ‘Cocoon’, and ‘Kathleen’ have all been Radio One favourites recently and it was clear to see that even those stood at the back of the venue were getting involved; it was spine tingling.

Van and the rest of the band are so clearly overwhelmed by the support and success of their band, they take every opportunity to thank their fans, and receive a roar in return for a thank you.

Catfish and the Bottlemen are currently unstoppable and I know I’ll be their at their next headline tour in spring 2015. You should be too.