Words by Scenewave Australia - Published on May 6, 2010 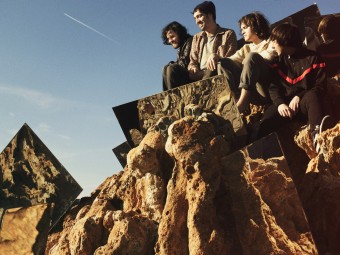 Delorean have been flying somewhat under the radar until recently. This is probably not helped by the fact that when you Google ‘Delorean’ all you get is a flood of pictures of the car from Back to the Future… 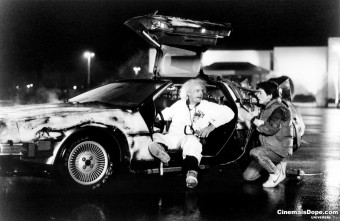 Delorean from Back to the Future

While Delorean (the band) may be less good at travelling back in time (unconfirmed), they are way more exciting (and far more fuel efficient).

Despite the fact these saucy Spaniards have been kicking around for TEN years, you would be excused for not having heard of them. They began life as a punk-rock meets electronica band – but their first two albums were not particularly popular, receiving little commercial success. Fortunately for these master chameleons, as time went on they evolved a cool new sound thanks to a change in line-up and a shift to computer-based music and production.

“If The Horrors think they’ve got the drop on the reinvention thing, they might want to have a chat with these lads. From the Basque region of Spain, they started out as emo rockers before morphing into euphoric trance-pop meerkats. Snapped up by hypercool French bloggers Fluo Kids for their Fool House label. This highlight [the single Stay Close] from their Ayrton Senna EP is like mainlining glitter.” — NME

Their new sound could be described as alternative dance or maybe indie pop. It is easy and accessible (hence instantly likeable) while at the same time multi-layered, soulful and hypnotic. In this way their music has been described as ‘blisscore’ – a term I just love! The bubbly synth and ‘yeah yeah, woo woo’ 80s vocals definitely brings to mind Cut Copy (particularly on the track Stay Close).

They have been developing quite the cult following since their 2009 EP Aryton Senna and with their 2010 album Subiza securing a world-wide distribution deal they are finally receiving the attention they deserve. Their songs are lots of fun. I particularly recommend the tracks off their EP – see below for notable mentions.

NB: Weirdly, their remixes are a fairly heinous brand of euro techno, probably best avoided. Additionally, the John Talabot’s Kids and Drums remix of Seasun on their EP is lack-lustre and should be given a miss also.