Kings of Leon have just revealed that they’re releasing the first single ‘Radioactive’ off their fifth album on the 11th of October. Having given a date for the release of their first single the band have also released the tracklisting for Come Around Sundown which consists of the following: 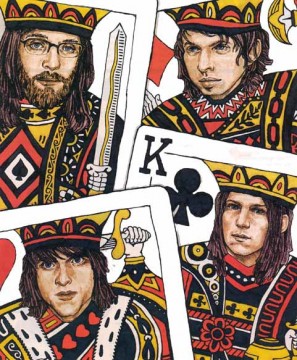 If you are a Kings Of Leon Fan, as I am, this news will definitely bring about some joy over the ensuing weeks!

One response to “Kings of Leon – Come Around Sundown Tracklisting”