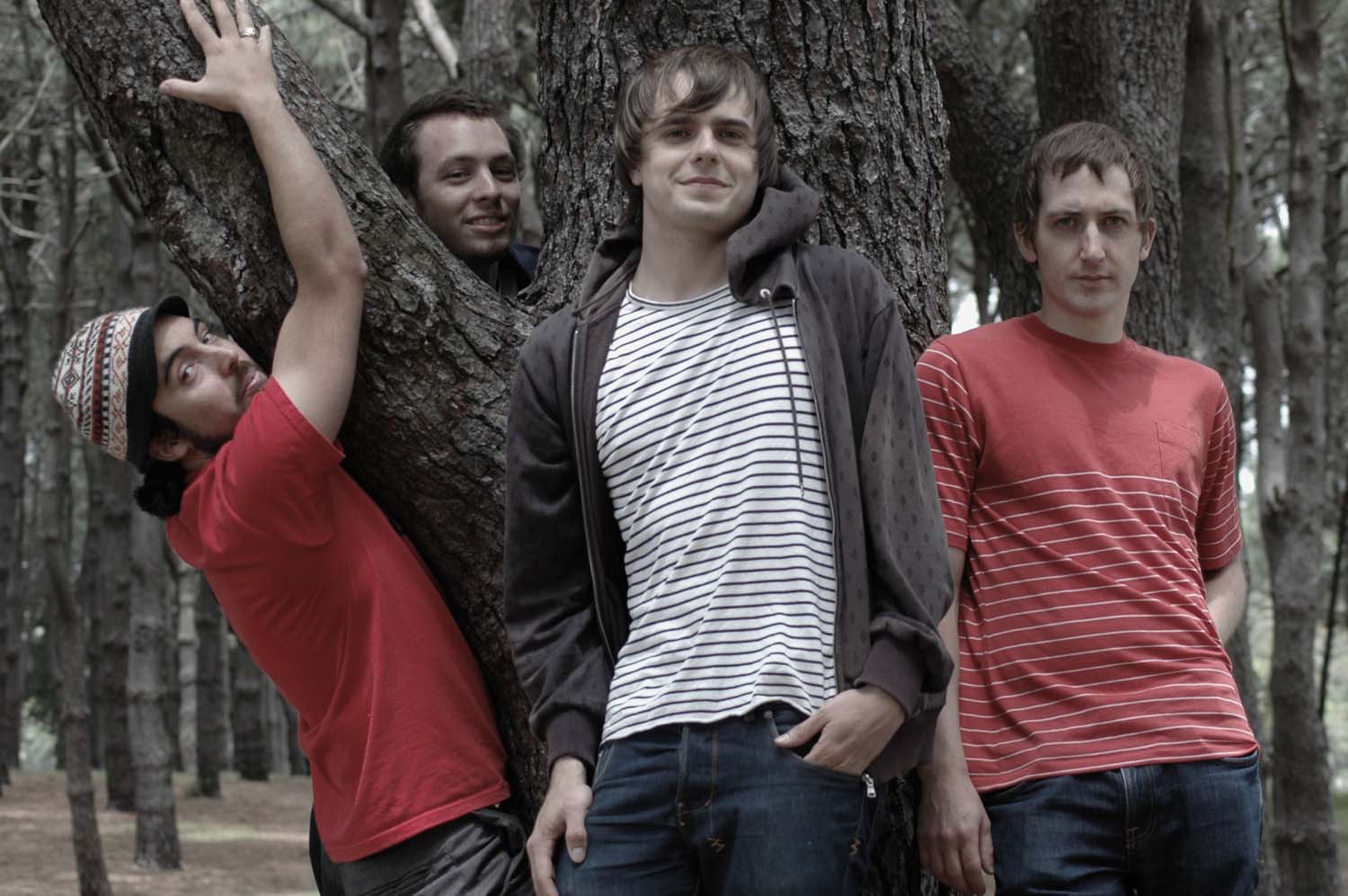 Every band starts somewhere. The first time Lennon and gang played as The Beatles, they were reportedly paid only five pounds. Radiohead’s lead guitarist, Johnny Greenwood, started on the harmonica. Daft Punk took their name from a negative reviewer who described the duo’s previous band’s efforts as “a daft punky thrash”. And I’m assuming One Direction hatched in a dark hole somewhere before crawling out and deciding (unfortunately) to begin recording. Point is, even the most famous of musicians have humble beginnings.  One of the things I love about live gigs is the opportunity to be introduced to up and coming local bands before the big names get on stage. Sometimes they smash it and you make a mental note to look out for them in the future. Other times they fail to make an impression. Friday night’s special guest Morning Harvey falls somewhere in the middle. The band plays a 90’s droning style of rock mixed with a bit of a newer indie sound. Honestly, it’s not bad, but it doesn’t have a lot going for it in terms of variation and it grows tedious after a full set. Personally I can take it or leave it, but if it sounds like your thing, check ’em out.

In comparison to Morning Harvey’s stretched out vocals, walls of undeviating guitar and static showmanship, Hey Geronimo were a lot of fun. Beside making some of the most kick ass music videos, the band plays an upbeat, vibrant mix of indie pop/rock and joins a string of other groups with similar styles like Grouplove, The Jungle Giants and Loon Lake. They kicked things off with their newest single, Laser Gun Show, which had many punters moving and a shakin’, early on.  I briefly caught Hey Geronimo at BIGSOUND a couple weeks ago, but having a full length set and preparation not afforded when 10 bands are on the one stage, allowed them to step it up. The set featured a few unreleased tracks set to appear on their forthcoming EP as well as early 2013’s single The Dan Kelly Song, which has one of my favourite Hey Geronimo lines: “you like 7/11 coffee, but you’re not a hipster and you’re not in a gang?” But it was older songs Carbon Affair and Why Don’t We Do Something? that were best received. However, considering the generous amount of fantastic tunes that were coming their way, I didn’t feel the crowd got into things as much as they should have. Unfortunately, personal favourite Dreamboat Jack went unplayed and many manly tears were shed. My only criticism of Hey Geronimo is that they tend to direct too much of their energy at one another and not at the audience. But other than that, a really top set.

Deep Sea Arcade’s 2012 release, Outlands, was up there with Gossamer and Lonerism as one of my favourite Australian albums of that year. It was one of those rare albums that not only maintained a high standard the whole way through, but was also varied. They managed to produce twelve distinctly different tracks without sacrificing on quality. I was psyched to see a live sampling of their work and felt sufficiently amped when Deep Sea Arcade took to the stage, but if I’m completely honest, I underestimated them big time. See I always saw Deep Sea Arcade’s brand of psychedelic indie rock as a more toned back version of Tame Impala’s. That might be correct to some extent, but toned down compared to those guys doesn’t necessarily mean toned down full stop, because Deep Sea Arcade can definitely bring it. They came out hard with Seen No Right, followed by Granite City and the crowd responded with overwhelming enthusiasm. The Zoo was going off, and this was due in no small part, to the band’s charisma.

The set was almost entirely songs from Outlands, many of which had been in development with the band long before the album’s release and this definitely comes through. Well constructed tracks with strong, catchy vocals backed by 60’s psychedelia and surf inspired guitar, held together with solid bass and drums.

Front man Nic McKenzie (same last name, grossly different levels of talent), is a brilliant showman. At one point he had the crowd clapping along with the drums of Lonely In Your Arms, and this made for my favourite song of the night. Their newest single, Black Cat, also had a showing and if it’s any indicator of what’s to come, their second album, inbound for 2014, is going to be top shelf. Maybe I was the right amount of drunk (is there a wrong amount?) or maybe because I didn’t expect such a strong showing, but Deep Sea Arcade at The Zoo has been a personal standout this year. Be sure to check out their interview with Gif from earlier on in the month.